Thai Sign Language (TSL) is primarily used by deaf Thai people. It is a language as unique to Thailand as spoken Thai is. It is said to have been around as old as spoken Thai. 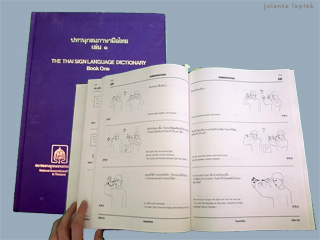