The term phonocentrism, identified by the French philosopher Jacques Derrica, is generally defined as the superiority of speech language over written language.

Phonocentrism: "the historical assumption that speech is the most fully human form of language." -- Bauman, 2004.

For your interest or research on deconstruction, here is a few suggested readings and research resources:

Lapiak, Jolanta (2009). "in the eye of phonocentrism" video documentation. 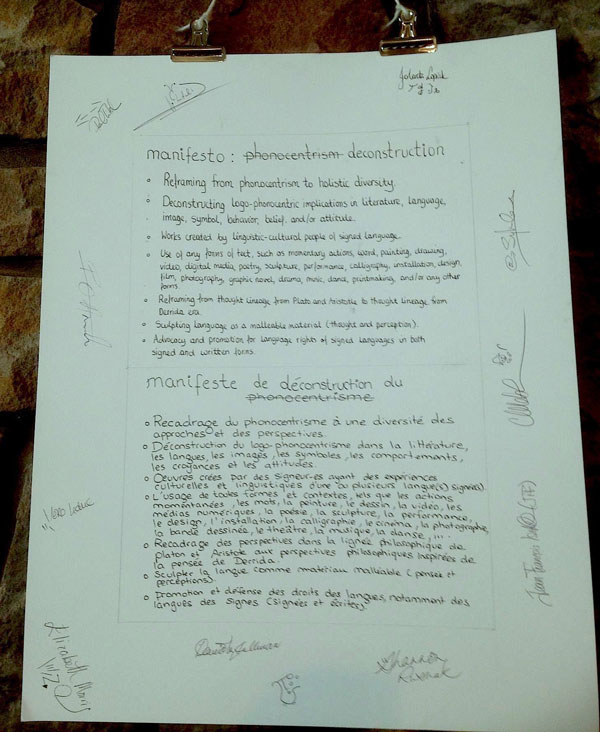 "How to Read Derrida" by Penelope Deutscher. 2005.

"Gesture and the Nature of Language" by David Armstrong, William Stokoe, and Sherman Wilcox. 1995.

"Language, Cognition, and the Brain: insights from sign language research" by Karen Emmorey. 2002.

"A Primer of Visual Literacy" by Donis A. Dondis.

audism: a discrimination based on hearing status.

linguicism: a discrimination based on language.