Milan 1880 is an infamous historical mark of "slashing" sign language which led to the Dark Age of Deaf Education. At this biased, pre-planned conference, International Congress on Education of the Deaf in Milan, oralist proponents voted to ban sign language. 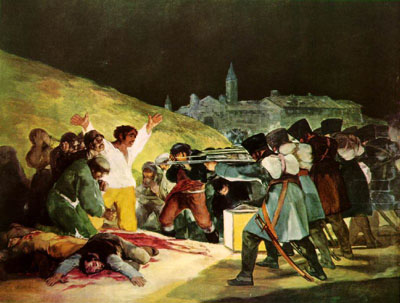 The Third of May by Goya.

The painting The Third of May 1808 depicts a tragic event about Napoleon's French soldiers vengefully slaughtering unarmed Spanish civilians when the Spaniards rebelled against their invasion in 1808. 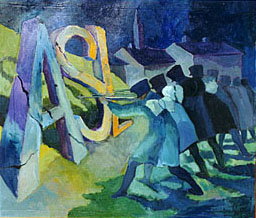 Nick Sturley of U.K. maintains a wonderful website on Milan 1880 at www.milan1880.com.

Unveiling of Milan, Italy, 1880. http://pr.gallaudet.edu/dpn/activities/10thAnniversary/milanitaly1880.html (this link no longer exists).

linguicism: a discrimination based on language.

You may also be be interested in Deaf history.