ASL as one of the most studied foreign languages

Modern Language Association survey shows that American Sign Language is the 4th most studied modern/foreign language at colleges and universities in the U.S. 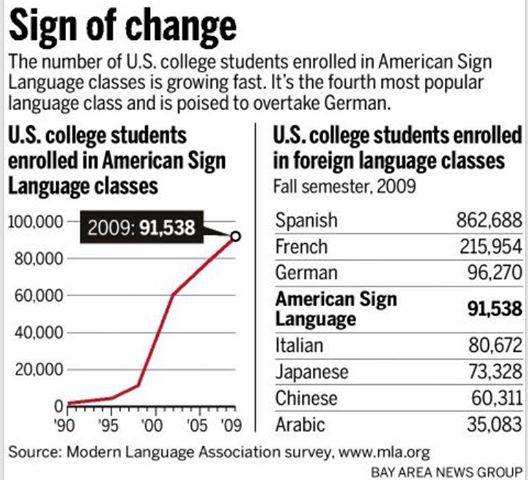 Top enrollments of the languages -- Spanish, French and German -- increased modestly from 2006 to 2009 but enrollments in ASL courses increased by 16 percent. Many college students are on a waiting list to get into ASL classes.

Top foreign/modern language study at U.S. colleges and universities in 2009:

The earliest known three-credit courses in ASL and Deaf culture in colleges were taught by Eileen Paul and Barbara Kannapell way back in the 1980s at the University of Maryland.

The first ever credit ASL course offered in high school in North America took place at the Alberta School for the Deaf in Edmonton, Canada in 1989-90(?) under the first ASL school teacher Sue Bailey, a native ASL/Deaf speaker. As the students' first and/or native language was ASL, this ASL course was designated for ASL L1 students. 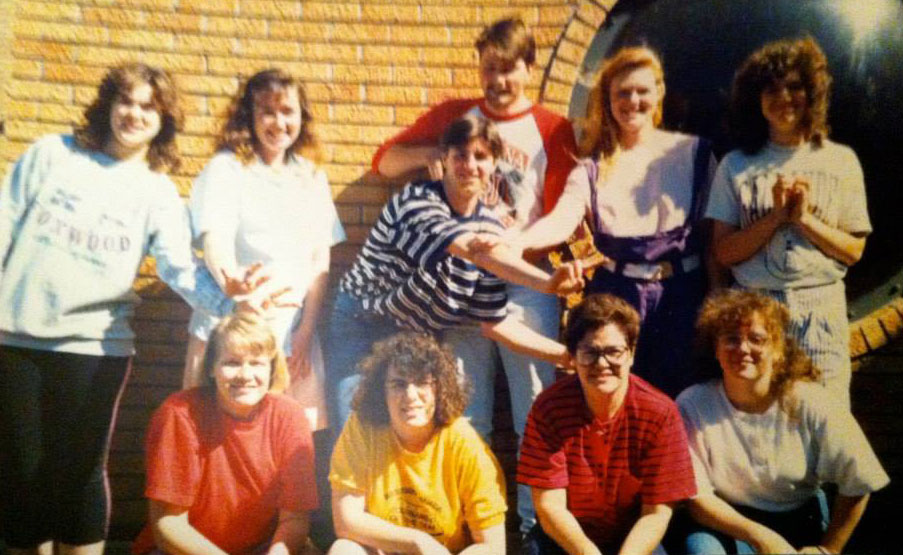 ASL L1 students at the Alberta School for the Deaf, 1989.

Where are some of these ASL L1 students and teacher from the first ASL class in high school in North America?

The ASL teacher Sue Bailey originally from the U.S. taught at the Alberta School for the Deaf for many years before she retired and lived in British Columbia. Months before she passed away in 2016, she wrote how proud she was of her students who loved her.