The Origin of Syntax: agent and action construction

Excerpted from "Agent and Action: the Origin of Syntax", and/or (2007) by Jolanta Lapiak

The world is composed of subjects, objects and verbs ("SVO" in linguistics) - subject and predicate in grammar. Agents (nouns) and actions (verbs) can be found in life from human language to particle-wave. 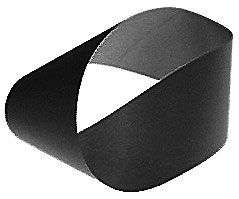 David Armstrong, William C. Stokoe, and Sharman E. Wilcox ("ASW" for short in this page) highlight two essential functions of language: "to make words; that is, to symbolize, signify, and communicate things" and to show "the relations between things and events; that is, to make sentences." [1] A sentence with proper syntax consists of an agent and action or a subject and predicate, arises in a basic sentence. Leonard Shlain describes the analogy:

"space and time are dimensions that locate the positions of things and actions. In speech they constitute the adverbs and adjectives, prepositions and qualifiers - 'always,' 'earlier,' 'over there,' 'later,' 'underneath.' Mass and energy are what is located and what does the locating in time and space. They are sentence's subject and verb; the principal characters and their actions. These four play out the drama of daily existence."[2]

As David Armstrong notes, some linguists and others had been troubled by the "intractable" problem of an evolutionary theory of grammar. William Stokoe proposed a simple solution: semantic phonology, which is "simply a marriage of a noun and a verb."[3] According to Stokoe, a sign is an "agent-verb construction."

For example, the ASL signs/words, "a plane flies," demonstrate an agent-action construction, in which the noun and the verb occur simultaneously, where the handshape and the movement coexist.

But, if we look closer, there are still the noun and the verb, which is what known as "agent-verb construction". Dr. William Stokoe called it semantic phonology, which is "simply a marriage of a noun and a verb."[3]

If this illustration below helps, it's an approximation of the idea of the agent-verb construction.

Imagine the live word fly that moves itself across the screen. Is it a noun or a verb? Ambiguous? It is an example of the agent-verb construction. The form fly is the noun and its movement or action indicates the verb.

ASW give the following equivalents of interchangeable nouns and verbs in English [4]:

His anger annoyed me. My annoyance angered him.
I zeroed in on the question. But my answer scored zero.

"Chinese makes no rigid distinctions between parts of speech. Nouns and verbs are often interchangeable, as may also do duty as adjectives and adverbs."[5]

Here language parallels with the Mobius-like fusion of particle-wave in field theory which is looking at the single, coexisting agent-action construction. Shlain similarly describes Einstein's revolutionary equation E = mc˛ as "a direct extension of his special relativity equations, that blurred the distinction between a field of energy (the verb) and the mass of an object in that field (the noun).[6] Though, I would like to redescribe this idea of "space-mass" as a noun or agent, and "energy-time" as a verb or action, and "field" as a sentence or an agent-action construction. 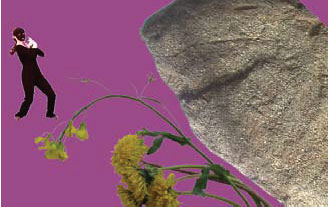 A word in ASL or a word in English can complementarily function as a noun or a verb, so, too, can an icon. The rock and the dandelion in my video Dandelions function as representational words rather than literal imitation. The subject and object are interchangeabe; the rock leans over the fragile dandelions, which then fight back. The movements of the rock and the dandelions are the action - the verb. This scene illustrates an interplay between an image and a word. The sign-words and the image-words in Dandelions can be also said to be tautological, in Kosuthean sense.

In short, agent-action can occur in both/either linear and/or simultaneous ways, that both coexist, just like inseparable energy-and-mass or space-and-time.

Lapiak, Jolanta. "Agent and Action: the Origin of Syntax." and/or. MFA Thesis in conjunction with MFA exhibition, 2007.

You may be also interested in noun-verb pairs (derivational morphology).