Alexander G. Bell (1847-1922), known as "AGB" for short in ASL, is best known for his "invention" of the telephone, but he is also best known in the Deaf world for his oralism and eugenics idealogy.

Born in Scotland, he emigrated to Canada in 1870 with his parents. His mother was deaf-oral. He married American deaf-oral Mabel Hubbard (1857-1923) in 1877 and he became an American citizen in 1882. His father and grandfather were experts in speech and elocution. 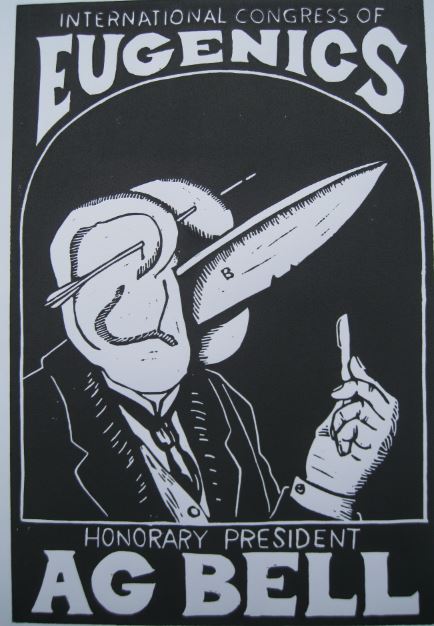 Bell was involved in the eugenics movement. "In 1921, Bell was given the controversial title of honorary president at the Second International Congress of Eugenics." [Source] Bell as well as his AGB organization has historically caused anger and resentment in Deaf community. He has been long considered to be one of the enemies.

Some eugenicists made a proposal for legislation to forbid intermarriage by Deaf people for the fear of a growing Deaf race. This contradicted the fact that 90% of Deaf parents procreate hearing children, thus remaining 10% of the Deaf of Deaf families. Although, this recommendation was never written into a law. Although Bell himself did not directly support the ban of intermarriage between Deaf people, instead he supported other approaches. 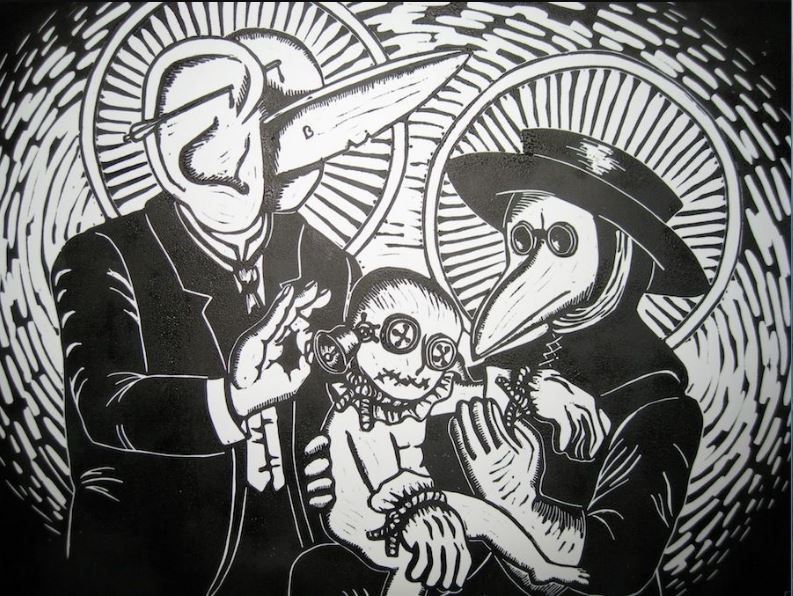 In order to reduce the deaf race, Bell advocated oralism and banned sign language in Deaf education. He supported the removal of deaf teachers and administrators, the elimination of sign language, and the removal of residential schools. Bell preferred integration of deaf people in mainstreanm society. The result would be a decrease of Deaf people and the elimination of the Deaf community. His intention was the same one way or another, nevertheless.

The infamous Milan of Congress 1880 voted to ban sign language in Deaf education worldwide. As a result, Deaf children were forbidden to use sign language in schools. Signing deaf teachers were fired.

The irony was that Bell learned some sign language; even though, he strongly opposed it. His last word was signed to his deaf-oral wife Mabel on his deathbed. When Mabel pleaded "Don't leave me", Alexander signed back to her, "no" before passed away.

The golden age of Deaf education and quality of life prior to 1880 began to decline into the dark age -- increasing illiteracy, underemployment, etc. till the 1960s when Dr. William Stokoe discovered linguistics in American Sign Language, which revolutionized the concept of language. Next, neuroscience studies discovered the activities of the brain in sign language, which again revolutionized the nature of language.

To this day, the AGB organization continues the same line of philosophy in favor of oralism (spoken language) and the elimination of signed language.