Audism: a form of discrimination

Audism, along the line of racism, sexism, and so on, is widely prevalent that most hearing people aren't aware of it. It's commonly overlooked. First, let's define the term audism, coined by Tom Humphries in 1975. Audism is invariably defined as:

Audism n. 1. The notion that one is superior based on one's ability to hear or behave in the manner of one who hears. (Tom Humphries, 1975)

2. A system of advantage based on hearing ability. (Wellmann, 1992)

3. A metaphysical orientation that links human identity with speech. (Deaf Studies conference by Bahan and Bauman, 2000.) 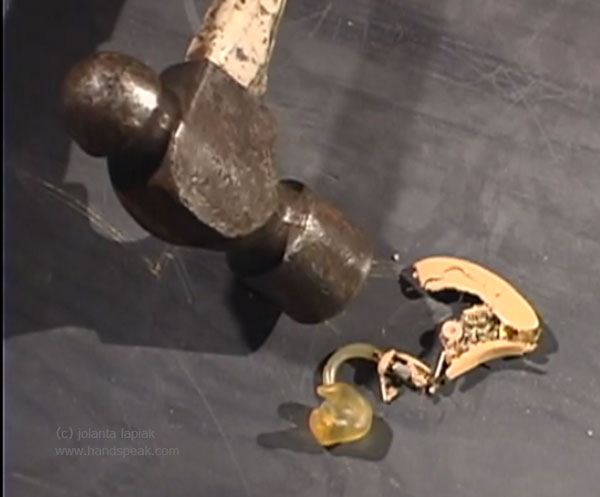 Let's explore scenarios related to audism that happened in real life in educational settings, employment, family life, and everyday life. The stories are kind of universal among many Deaf people of the days.

"A Deaf administrator told me this: a [hearing] parent had come to his superior, objecting to their child being placed in a classroom headed by a Deaf teacher. The superior listened for a half hour of parental concerns about speech modeling and so on, then incredulously exclaimed, 'You want to prevent your (own) child from becoming a teacher of deaf children, too?'" -- Dianrez, 2011. [1]

The best educational experiences that many Deaf children have are the bilingual Deaf teachers and a few hearing teachers who are fluent in ASL and have excellent attitude toward Deaf children, such as the belief that Deaf children are as fully capable as hearing children.

Many deaf children experienced abuses, especially in the 20th century: slapping on tiny deaf children's hands with a ruler for using sign language, slapping on the little cheek for not properly pronouncing the letter/sound "L" when the child had a tongue tie from birth, ...

A few examples of audism in employment are: hiring a hearing person over a better qualified deaf person for a job position; dismissing a job application without giving a deaf person an interview when she/he may be one of the best workers...

Some examples of audism on language are: judging a deaf person's poor English when not knowing that she/he may be an immigrant; judging Deaf people for not vocally speaking when they can read and write English very well, ...

Loud applause when a deaf toddler makes a single sound (no word) in front of the microphone yet silence when a deaf or hearing coda toddler with hundreds of vocabulary tells a story in sign language. This has happened multiple times in a few early child intervention programs.

A hearing academian sent a snobbish email with her signature that included "PhD" to a Deaf-run website that helps educate hearing people about the Deaf world, harshly criticizing the owner to proofread their English in the posts! English was the owner's second language. On the other hand, hearing English-ASL interpreters regularly make grammatical errors, semantic errors, and mistakes in ASL (as a second language) every day and get away with paychecks.

That's not all. More stories, anecdotes, and examples are mentioned here and there throughout this website and beyond.

Deaf people see themselves as a linguistic-cultural group and they are all human beings with intelligence and human feeling no different from hearing people.

Look at institutional audism on a larger scale.