The Tooth Tale: a true story in ASL

Translation for the video

One morning a ten-year-old brother was excited to show his latest extracted tooth to her sister who had just returned home from university. He unfolded his hand, "Hey, look what I have here."

The sister looked at his little brother with amusement and hesitation for a moment, "Uhm, well, you see in my early life, I have never had any money under the pillow and there was no tooth fairy in our culture. Instead, we always put extracted teeth into either house plant soil or ground outside. In this way, it would bring your teeth a healthy growth." Not necessarily believing in this such thing herself, she merely showed him another option between a materialistic culture and a spiritual view.

The brother, who had uneven, slightly decayed teeth in real life, thought for a moment. He was aware that his sister had perfectly even, healthy teeth. He darted straight to the nearest houseplant and inserted his tooth into the soil. He came back with a big smile from ear to ear.

Structure and transitions: In the story, the narrator (myself) begins with the opening by introducing the contexts, WHO (young university student and her little brother), WHERE (coming home from university), and WHEN (summer). Then the CONTEXT (the brother's fallen tooth).

Role-shifting: During the opening, her gaze and body-shift are normal that she is the narrator.

Spatial verb agreements: Some verbs are modified to agree with the subjects. 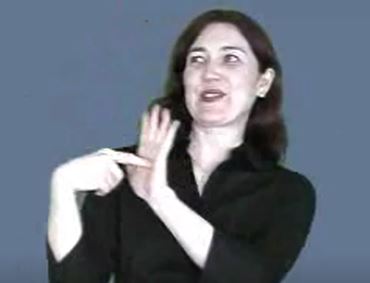 At 0:00:13, the signer not only uses a spatial agreement of the verb SHOW (0:00:13) with the subject (the sister), she also uses a role shift of the brother (a character). Role-shifting involves the gaze (of the brother/character) and the body-shift.

Classifier phrases: Can you identify a number of the classifiers in the story? There is no classifier used in the opening of the story. After that, here are some examples. 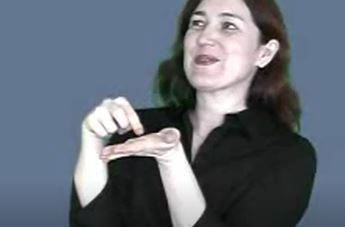 Left-handed palm at :16 is the classifier for a hand (where the brother shows his tooth in his palm). 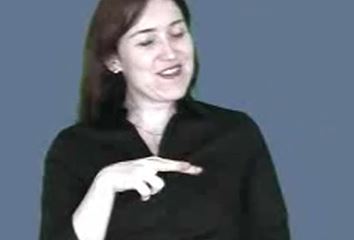 The horizontal "V" handshape is a verb classifier that represents the student/sister's look/gaze, as shown in the image above at :17. 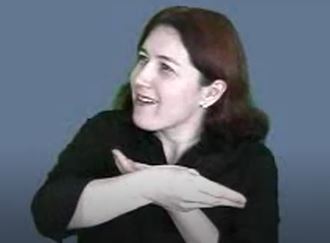 At :30, locative classifier is used to indicate where the money might be placed (that is, under the pillow). Remember that generally nouns are mentioned before using classifiers. 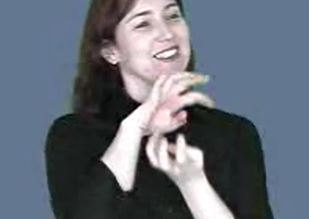 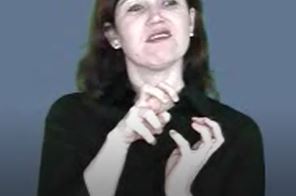 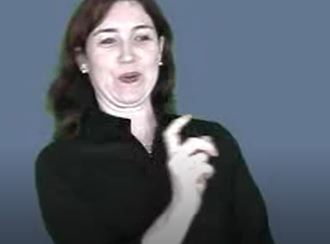 The verb classifier (1:06) represents the brother running or rushing.

Closing: After planting the tooth in the soil, the brother walked back with a flashy smile from ear to ear.

"These two contrast cultural choices reflect a different attitude and value of materialism."


These are the original video clips and storytelling by Jolanta Lapiak from 1994.