The Wind and the Sun: ASL translation 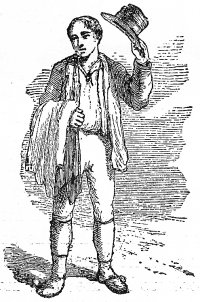 Watch the fable in ASL in the video above. 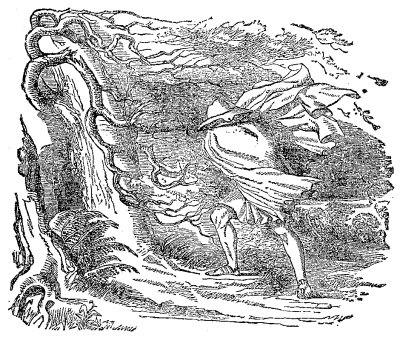 Notice that the locations of the sun and the wind are consistent throughout the fable. The narrator moves her body to the left and to the right to represent who says or does something. In in that location, the narrator also sometimes takes on the characteristic traits and/or emotions of the character.

"Let's see," said the sun, "who is the stronger that can strip the man of his cloak. Agree?"

This part is an example of how a determiner (e.g. the, this, etc) in ASL is used. Linguistic researchers have studied determiners in ASL and suggested that ASL has its type of determiners. Pointing in the example of this video suggests an usage of the determiner (an equivalent to the in English).

Following the phrase above, the narrator uses both hands me-me which indicates that the left hand represents the sun and the other indicates the wind. The body/gaze shifting also functions as the "direct address" in the following sense:

This video clip shows an example of the subject-object agreement. The sun and the wind both noticed the man walking. Every time the narrator refers to the man, she uses the same space in the lower, left space (from the signer's perspective). She signed the noun man before she could use the classifier (a type of pronoun) for the "man" as illustrated below.

"Gentleness and kind persuasion win where force and bluster fail." -- The Aesop for Children

Also see The Lamp/a>: a fable.